The Afghan Child Education and Care Organization (AFCECO) is an Afghan non-profit organization based in Kabul and fully registered since 2008 with AISA - the Government of the Islamic Republic of Afghanistan’s official registration agency. Founding director Andeisha Farid opened her first parwarishga, or "foster haven" in 2004, in Pakistan.

An Afghan native who had grown up in war and displacement, her dream was to come up with an innovative way to help vulnerable Afghan children, in this case orphaned refugees.

This dream developed into a mission that dares to approach the problems in Afghanistan with a very simple, universally acceptable solution: what if a portion of the estimated 1.6 million orphans in Afghanistan could be raised in a new kind of orphanage, one that is inclusive, not exclusive of the villages and provinces where the children come from? What if this new orphanage operates with the blessing of the home village? What if aside from a liberal arts education it offers security, teaches equality, non discrimination on the basis of religion, ethnicity, or gender, and otherwise nurtures in a manner very much like that of an extended family? What if the goal is not so much to save as many children from the streets as possible, but to impact a large number of them over time, creating a civilian leadership, Afghan doctors, midwives, engineers, journalists, professionals who are not going to expatriate, but who will remain in their beloved country out of a deep sense of Khawk, what all Afghans long for: their homeland’s earth beneath their feet? What if these children could learn the power of community, and develop the skills to build and strengthen it on a local, national and international scale? What if they could learn that the first step to building a better society is to find one’s own voice, and then to listen and speak to others from the heart, with honesty, integrity and a dedication to the common good? To achieve these goals requires a source of funding that is sustainable, able to weather sudden changes in world events.

Fortunately Andeisha became known to CharityHelp International (CHI), a US non-governmental organization that funds programs through a child sponsorship program. This allows individuals from around the world to form bonds with the child of their choice, and participate in sustaining the orphanage by paying some or all of the cost of providing that child with her or his needs.

Fortunately Andeisha became known to CharityHelp International (CHI), a US non-governmental organization that funds programs through a child sponsorship program. This allows individuals from around the world to form bonds with the child of their choice,and participate in sustaining the orphanage by paying some or all of the cost of providing that child with her or his needs.

This program alone gave Andeisha with the opportunity to create a network of friends and a means to grow. In December of 2007 Andeisha made a commitment to return to Afghanistan. Since then, AFCECO has been able to establish 11 orphanages: five in Kabul, two in Jalalabad, two in Herat and two in Pakistan. AFCECO now serves almost 600 children.

AFCECO orphanages aim to provide a truly democratic environment. Central is equality and opportunity for girls that empowers them, so that one day they might take leadership roles in society. Liberation of girls must also include the liberation of boys from the male dominated mindset that plagues Afghanistan to this day.

One child is from Bamyan in central Afghanistan, home to Hezara. Another is Tajik from Herat, Pashtun from Jallallabad, Uzbek from Mazar, and Nuristani from the most isolated villages in the northeast mountains. Each brings his or her individual rootedness to the orphanage. In living and working together, racial tensions dissolve, and the children’s sense of belonging become unified.

Raising these children to be whole individuals includes providing a sense of a nurturing community in which each child feels supported but also a sense of responsibility to that community. It includes health, education and a breadth of experience.

AFCECO maintains an in-house clinic providing health care services 24/7 at a minimal cost, as well as courses in advanced first aide, preventative medicine, diagnostics and treatment skills including use of a small pharmacy. Special courses are offered to augment the public curriculum, such as intensive English language, computer, drama, art and photography. Physical education is to be equally valued, including football, gym class and martial arts programs for boys and girls.

AFCECO has developed programs abroad, bringing 22 children to stay with host families in Italy each winter, and others with special health problems to travel to the U.S. for care through a program called SOLACE. A young women’s leadership workshop has been developed, wherein for three months the oldest girls in the orphanage receive training in skills such as world history, law, debate, problem solving, teamwork and other areas of study vital to developing strength of character. This program culminates with sending a handful of the top candidates to the U.S. for their winter break, to mentor with professional women in their workplaces. AFCECO is recognized internationally, having been featured on NBC’s Nightly News as well as the Today Show.

Andeisha was honored with a Vital Voices award in Washington’s Kennedy Center, with founding partner Hillary Clinton participating. Andeisha was then invited to attend a summit on entrepreneurship, where President Obama cited her work in the speech he delivered to the international community. Awards and recognition have continued, including a Women’s Mentorship award through Goldman Sachs and Fortune magazine, along with invitations to summit meetings/workshops in India, Turkey, Italy and Nepal.

AFCECO realizes it must not raise these children in isolation, nor release them into the world as they reach adulthood without further commitment and support. It aims to prepare and then guide the children toward independence, to facilitate opportunities be they work related, specialized training or higher education. AFCECO has blossomed into a progressive social service that is not institutional, but rather meshes with Afghan society in a partnership where all agree about the needs of the children. Along with its sponsorship program it has developed partnerships with a wide variety of organizations developed an active volunteer program involving Afghans and professionals from abroad.

The point here is that AFCECO seeks to be inclusive in its mission, with the understanding the true strength and sustainability comes through diversity.

Half of the population of Afghanistan is under the age of eighteen. In their hands is our future. 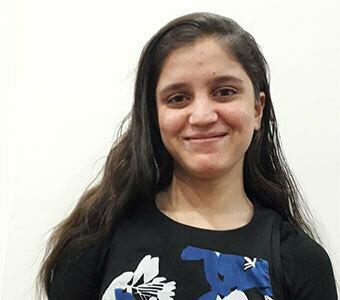 Zohra is a 12-year-old girl from Nuristan. Her father is sick and her mother works on land, cultivating vegetables and corn to provide for the family. She would like to continue going to schoo... 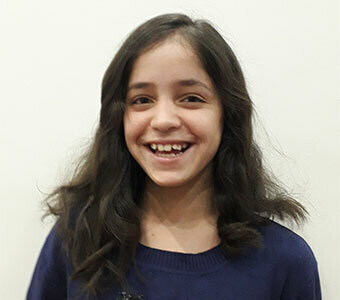 Yosra is a nine-year-old and is also Zohra’s sister. Her parents struggle to provide for them and at the same their parents want to join AFCECO where they can study and go to school. ... 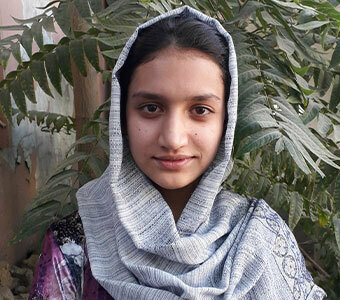 Nehal is 11 years old and is in grade seven. She lives in a remote area in Kabul with her mother. Nehal’s father married another woman. Since then, her mother has been the single caregiver... 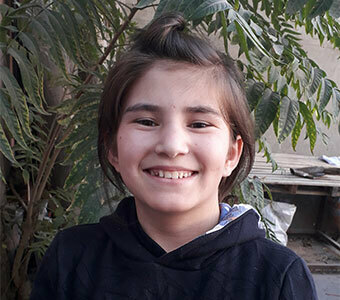 Fazila is from Takhar province.  She lived there with her mother and four siblings pior to joining an AFCECO safe house.  Her father died of COVID in 2020 and her 12 year old brother w... 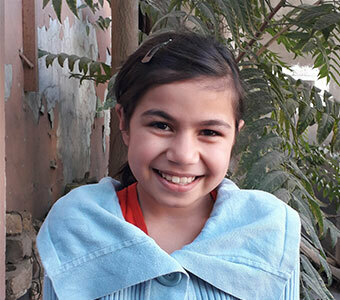 Meena was born to a nomad family at an isolated desert in Farah, a small town in western Afghanistan bordering with Iran. In a search for a new life, her family moved to Kabul and settled in out... 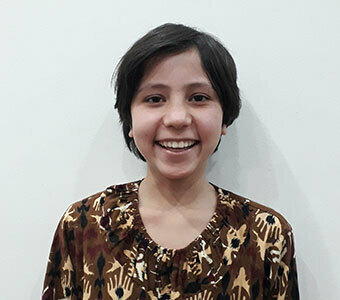 Nahid is from Takhar province and she is one of the youngest child of her family.  She born in a very poor family. Her family hardly feed he... 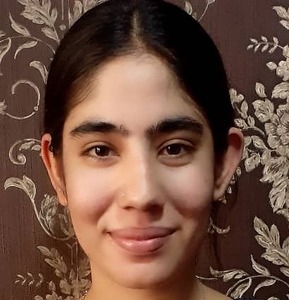 Palwasha is from very isolated village of Nanagarhar. Her family is very poor and they don’t have even land to work on it. Her father is farmer which has very low income. Palwasha is ... 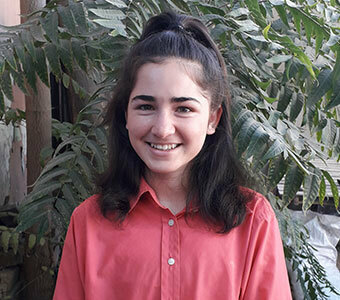 Weeda is a little girl from a village in Farah that narrowly escaped a fierce battle that occurred between the Taliban and Afghan government where the entire village... 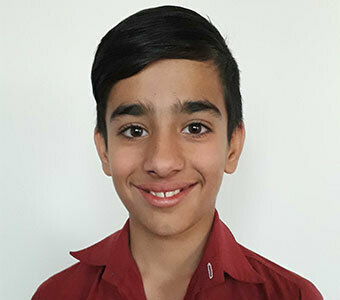 Khalid is from very isolated village of Nangarhar where is control by Taliban and ISIS. His family lived in Village but because of ISIS and Taliban the people left the village and set up a tent ... 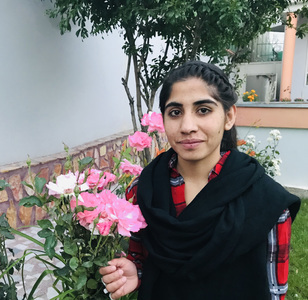 Humira is from very isolated village of  Nanagarhar. Her family is very poor and they don’t have even land to work on it. Her father is farmer which has very low income. Humira have a... 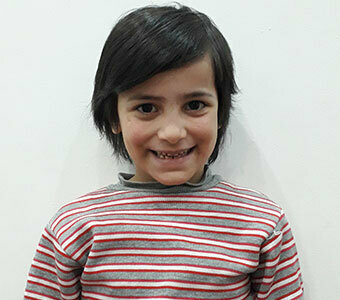 Aziza lost her father before she was born. He served in the Afghan army for 10 years and was killed by the Taliban. Her mother is now the only breadwinner for the family and they live ... 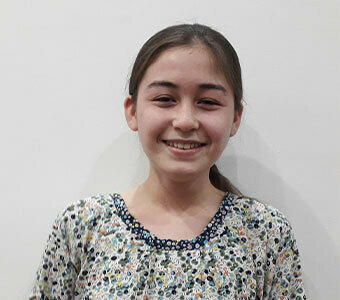 Husna is from Kunduz province. Her father is working on fields of other people and her elder brother who is only 11 years old also works on streets for less amount of money. Her family cannot ea...

No campaigns found for AFCECO
Start A Supporter Campaign